One of the most successful gaming franchise in recent memory finally makes its debut on computer this week, as Kingdom Hearts is released in PC format.

Launched two decades ago, the franchise is a crossover between members of the Disney family such as Mickey Mouse, Goofy and Donald Duck and characters of Japanese RPG series Final Fantasy.

From Nintendo to PlayStation and from GameBoy to PSP, the franchise became a cult series across different consoles but had been unavailable to PC gamers up until now.

The PC version lands on March 30 and will feature all 11 Kingdom Hearts games—including remastered versions of the original games—split in four separate titles.

Here’s all you need to know about the release.

Kingdom Hearts comes to PC on Tuesday and all four games will be available to download from the Epic Games Store from March 30.

All 11 entries of the Kingdom Hearts franchise will be available to download but will be split in four different chapters, loosely organized in chronological order.

The former is a remake of the 2010 PSP game, while the latter was originally a mobile-only game.

The remaining two games are Kingdom Hearts III + ReMind and Kingdom Hearts Melody of Memory. The former is the third chapter of the Kingdom Hearts saga, while the latter is a so-called rhythm game, which draws on the series’ popular soundtrack. 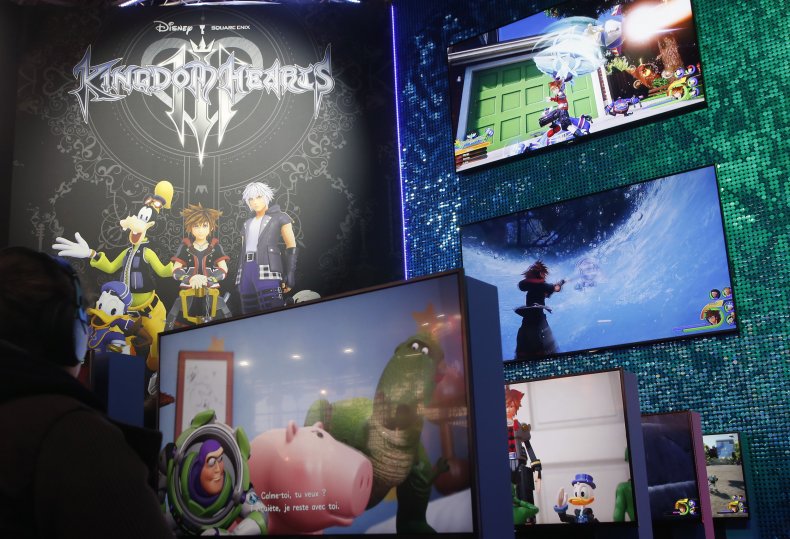 A gamer plays the video game “Kingdom Hearts III” developed and published by Square Enix during the ‘Paris Games Week’ on October 27, 2018 in Paris, France.