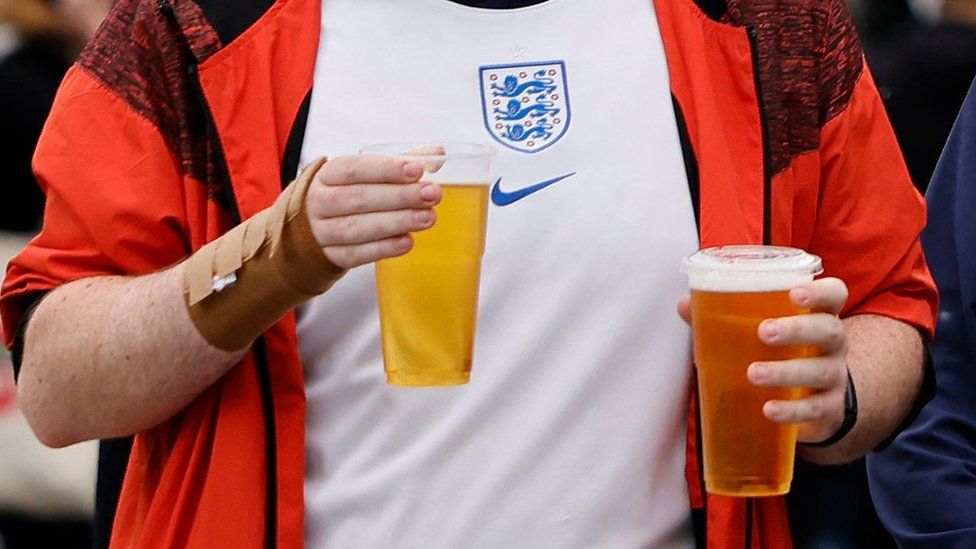 image copyrightGetty Imagesimage captionThose affected were in the age group “likely to go out and drink especially when there is an England game on,” the council said

Football fans out watching Euro 2020 games are being linked to a town’s rapid rise in Covid-19 infections.

A sports bar in Tamworth has been asked to close after several cases amongst visitors and the council said most testing positive were aged 18-34.

Cases started to rise after the England versus Scotland match on 18 June.

Tamworth recorded the biggest increase in cases of any English local authority area between the week to 20 June and the week to 27 June.

The area now has the ninth-highest infection rate in England, with a rate of 446 new cases per 100,000 people.

Numbers testing positive increased five-fold, from 54 the previous week to 293. It recorded its highest number of cases on 28 June, when 93 were identified. 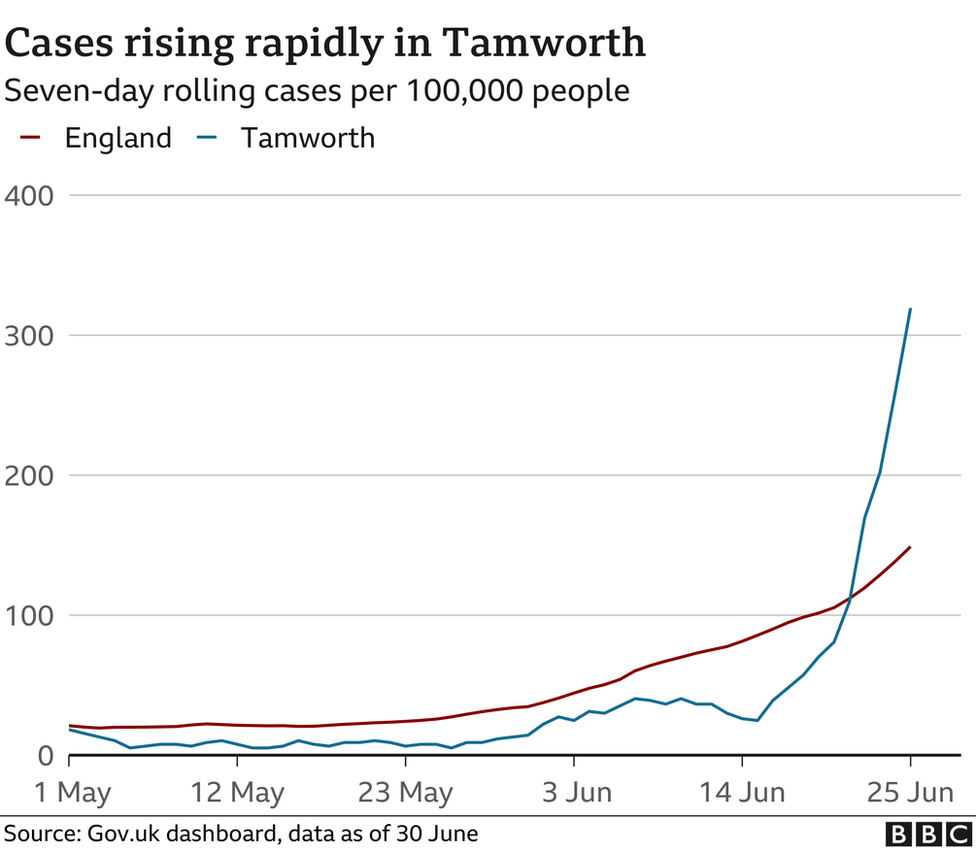 Staffordshire Council served Tamworth Sports Bar with a 48-hour closure order, after several positive Covid-19 cases were linked to the venue, but it chose to shut voluntarily on 29 June.

The bar said in a post on its Facebook page that it was “not a decision we have taken lightly”, but that it took the action for the safety of staff and customers and it aims to reopen on 12 July.

People who were at the bar for the England versus Scotland game, or on the 19 or 20 June, have been asked to take a PCR test.

Why do schools send so many children home to self-isolate?How many cases in your area?What are the symptoms for the new Covid variants?

Dr Richard Harling, director for Health and Care at Staffordshire County Council, said: “The outbreak in Tamworth is mainly among the 18-34 age group, who are likely to go out and drink especially when there is an England game on.

”With the majority of cases being the Delta Variant, having lots of people mixing would give a good opportunity for the virus to spread.” 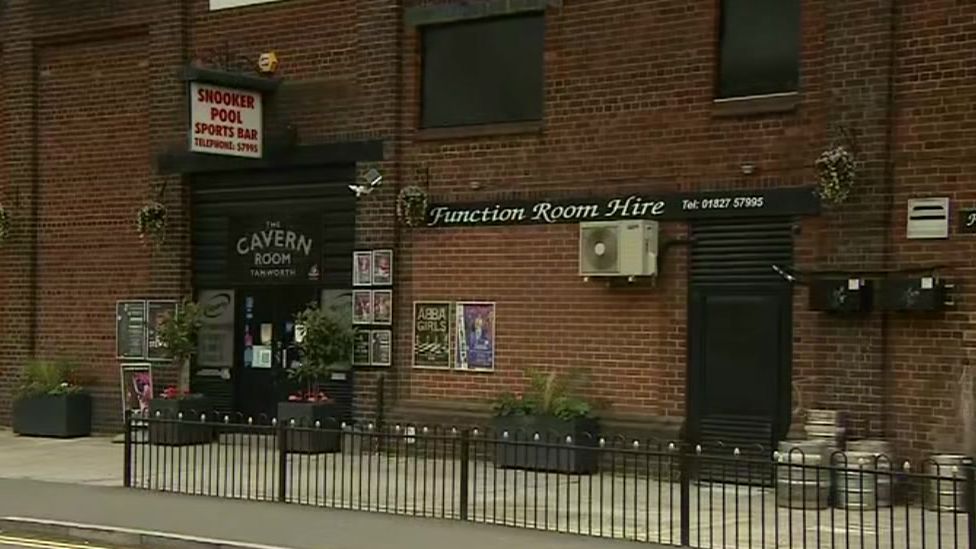 So far, it is not clear if this will cause a rise in Covid-19 hospital admissions.

The University Hospitals Birmingham Trust was unable to reveal how many Covid patients it has treated from the Tamworth area, but said it was treating 56 patients across its hospitals on 1 July, up very slightly from 55 on 21 June.

The trust said that compared to the various peaks, the numbers are low.

The University Hospitals of Derby and Burton NHS Trust, which treats Tamworth Covid patients at Queen’s Hospital Burton, has seen the number of coronavirus patients on wards there rise from two on 19 June to three on 1 July.

Live updates for the West Midlands

An estimated 80% of people in Tamworth have now had their first vaccine dose and 60% are believed to have had their second dose.

But among the younger age group the numbers are lower, with only 47% of 18-24 year olds having had a single dose.

How many people can be at England’s next matches?

England players to self isolate after Gilmour positive Covid test